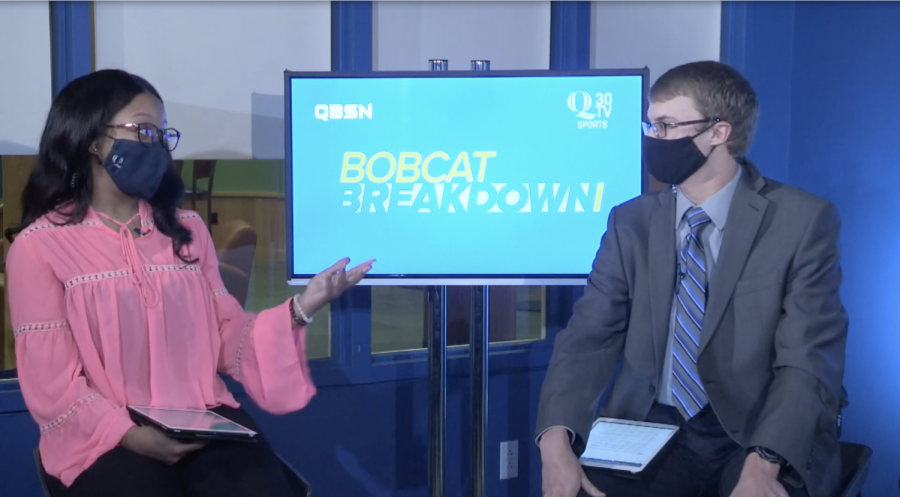 Kaylyn Terry makes her Bobcat Breakdown debut as she hosts alongside two of Q30’s most spirited analysts, Kylicia Smith and Gage Kilborne.

After an action-packed weekend, Kylicia and Gage break down what went wrong in Quinnipiac Men’s Ice Hockey’s NCAA Regional Semifinal loss and whether or not they missed a chance at a national title. They shift back to Fall sports and discuss both the Women’s soccer and Volleyball teams’ big wins against MAAC powerhouses Monmouth and Fairfield.

After the break, they break down Men’s Soccer’s possible MAAC Championship preview with Saint Peter’s, and whether or not their balanced attack is sustainable come playoff time. Lastly, they get back to the spring and talk Men’s Lacrosse as the team came fresh off their COVID-19 pause with a win.

As always our QBSN Game of the Week and Final Roars end the show.