Rough Hitting for the Bobcats Leads to Canisius Sweep on Saturday 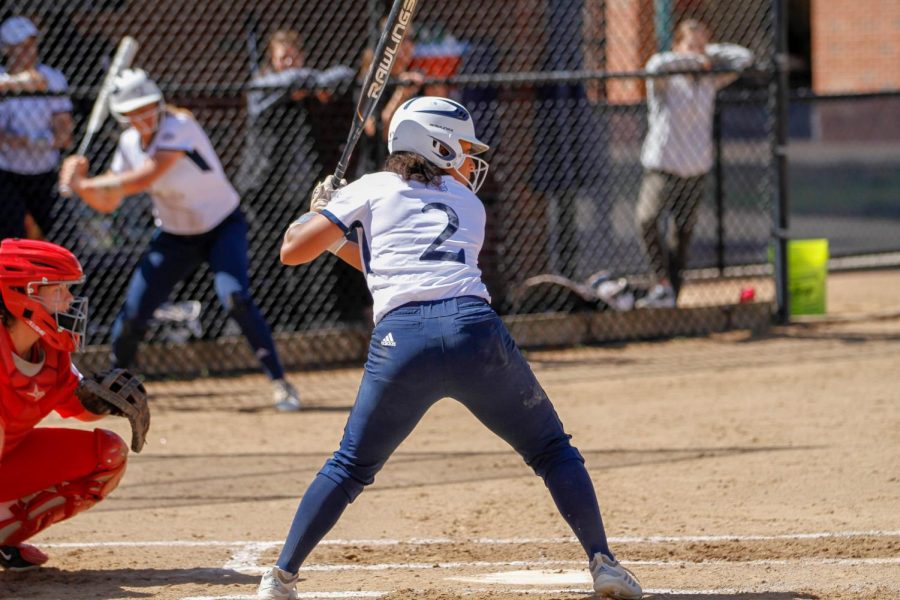 The Bobcats suffered a tough loss to the Canisius Golden Griffins, with the score ending 4-1 in the first game of the weekend series between the two teams.

The game started slow for Bobcats pitcher Tori McGraw and Griffins pitcher Emily Nicosia, who both used the first inning to get loose. Quinnipiac had a chance to take the lead after Nicosia allowed two straight walks, but could not capitalize. Shortstop Kara Paradowski was the only player to get a hit for either team in the first inning.

Canisius dominated the majority of the game starting with the second inning where senior Sue Vi was the first one to score, making it 1-0.

This was followed by an avalanche of hits in the third inning after freshman Destiny Falquez doubled down the right field line, allowing Samantha Crane, Sophia Recrosio, and Morgan Altman to all score what ended up being the final runs of the game for the Griffins, and the score was 4-0.

It wasn’t until the bottom of the sixth inning that Quinnipiac had a spark of life, as infielder Katherine Rodriguez hit a solo home run to make it 4-1.

Re-energized by this late home run, the Bobcats tried to use the momentum and spark a comeback, but their efforts fell short. Both senior Brighid Douglas and freshman Kayla Thomas were retired by fly outs to end the inning.

This was a rough hitting start to the weekend for both teams, especially for the Bobcats. The game ended with Canisius having 10 hits while Quinnipiac only amassed three hits for the entire game.

After a rough showing in the first game, the Quinnipiac Bobcats Softball team fell to Canisius 13-1 in the second game of the Saturday doubleheader.

Canisius wasted no time heading into this game. In the first inning, senior outfielder Morgan Altman drove in the first run of the game, followed by an RBI single from senior infielder Lindsi Dennis through the right side to drive in Altman and put Canisius up 2-0 early.

The relentless Canisius offense continued to dominate, scoring three more runs in the second inning to bring their lead to an even larger 5-0 lead. Senior outfielder Sue Vi scored on a groundout, Altman tripled and then scored on the throw, and Dennis followed with a double to drive in a run, extending the Canisius lead to six.

The Quinnipiac offense was able to get on the board at the bottom of the third inning off of a home run from senior outfielder Kayla Jensen, her first of the season.

Quinnipiac’s lack of offense was a huge part of both of their losses today.

Canisius packed it on in the fourth inning, scoring six runs to put Quinnipiac away for good.

Senior outfielder Erin Hufford started the inning by scoring on a passed ball. First-year Gianna Fazzolari grounded out to second base, allowing Altman to advance to third. Altman then scored on a single up the middle by first-year infielder Sydney Costan. Redshirt junior Shealyn Ollison drove in Dennis.

After batting around the order, Canisius continued to put runners on the bases. Hufford recorded her second RBI of the game after bunting in first-year infielder Destiny Falquez. Quinnipiac first-year Tori McGraw walked in Tiara Johnson to cut the Canisius lead to 12-1 in the fourth.

Canisius’ lone run in the fifth came from a Fazzolari single, bringing in Altman.

Despite Quinnipiac’s bats being quiet, Smith stated that Canisius has a “very good pitching staff,” which was evident today. Junior Alexis Churchill pitched the entire five-inning game for Canisius, allowing only one run.

Quinnipiac’s underwhelming season continues as today’s losses dropped the team to 7-19 overall and 5-17 in conference play. Canisius’ six game winning streak brings them to 14-9 on the year.

Quinnipiac will look for some better luck as they head into another doubleheader tomorrow against Canisius.